A radio's antenna is exposed to radio frequency signals (RF) bombarding all of us and everything from the sky. Signals include radio programs, TV stations, cell phones and endless spurious interfering signals from electric motors, computers, lightning storms--you name it.

All of this stuff is collected by the antenna and presented to the front end circuitry in your radio where it is sorted out and then amplified and converted into audio.

Nearly all commercial transistor radios use ferrite core antennas. These consist of one or more coils of very, very thin wire tightly wound around ferrite, which is a compressed powdered iron composite.

Cores can be anywhere from an inch or two long (in micro sets) to a foot or longer in luggable radios. Some are round. Many are rectangular and flat.

Many sets, particularly ones that receive FM or Short Wave, also have retractable whip antennas.

The Pilot II shown here is one of those.

A few sets, like the Motorola 6X31 have antennas in the carry handle. Other makers put them on a swivel to overcome the directional nature of core antennas.

The biggest downside of ferrite antennas is their fragile construction. The powdered iron is really easy to break. Here's an an example.

Cores can sometimes be glued back together using epoxy if you have all the pieces, but reception might suffer. The nearly invisible wire can break as well.

Whenever you open a radio be very careful around antennas.  Some of them literally flop around when you remove the circuit board from the case. If it looks like this might be a problem I temporarily secure them to the circuit board with masking tape while working.Cores can sometimes be glued back together using epoxy if you have all the pieces, but reception might suffer. The nearly invisible wire can break as well.

Before the invention of ferrite antennas folks strung long wire antennas from the tree to the house, or used monstrosities like the set-top loop antenna shown in the drawing. These were typical a foot square or larger. A few tabletop sets used loop antennas attached to the inside back of their cabinets.

Even earlier sets required outdoor long wire antennas, typically strung from the house to a tree or between two poles. Unless one was careful and properly installed lightning arrestors, these outdoor antenna installations started fires, sometimes burning buildings to the ground. 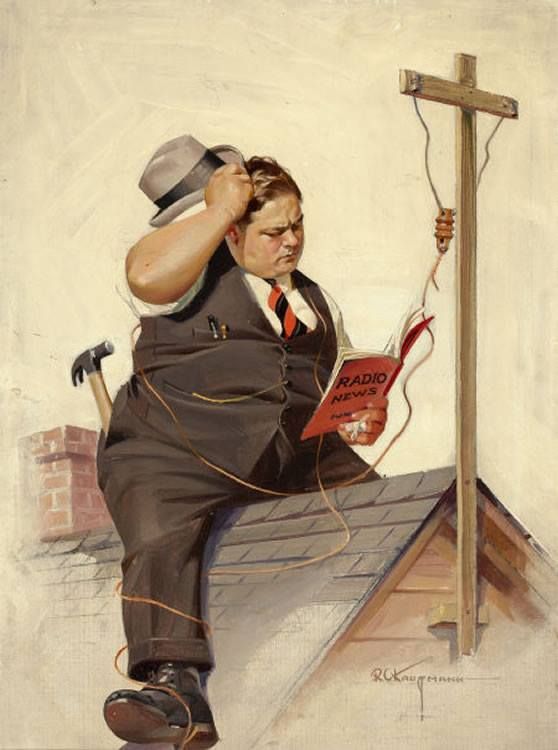