Nothing has reshaped the landscape of collecting (and artifact pricing) as much as eBay. Before Pierre Omidyar started eBay in his San Jose, California living room back in 1995 we radio collectors turned to the delightful pricing guide books lovingly and painstakingly created by Norm Smith, Eric Wrobbel, Marty and Sue Bunis and others. 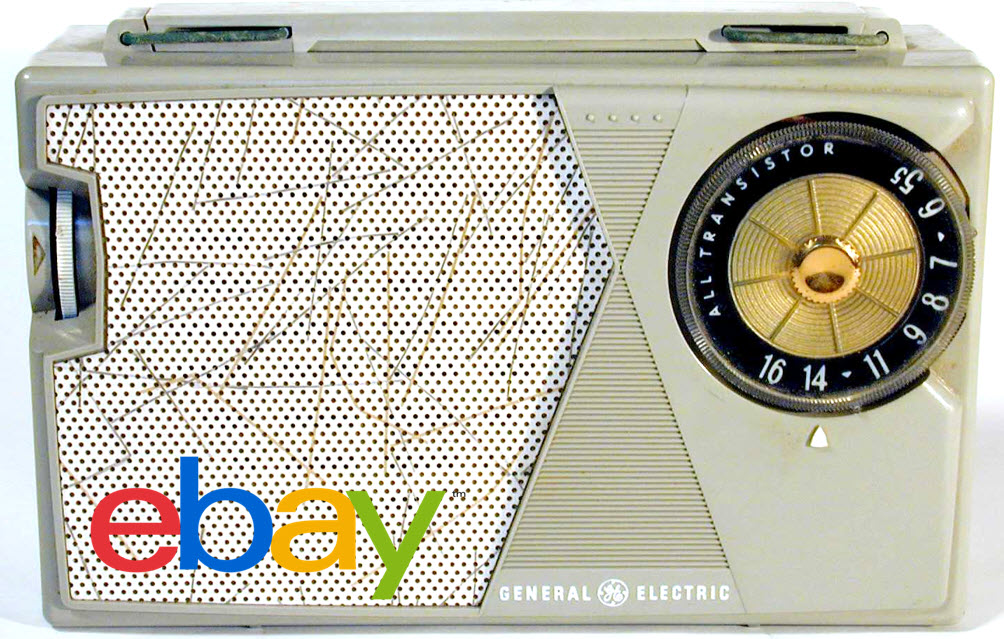 Pierre changed all that. Slowly at first, and then rapidly the prices of many collectibles, including mid-century electronics shot up as enthusiast discovered on eBay, and fought over items they thought they would never be able to see, much less own.

And then something curious happened. Soon collectors began to realize that there was actually a glut of stuff available for sale on eBay; and if they didn’t win a particular radio, or candy dish or whatever this week, another, perhaps better one would present itself in the days or weeks that followed. This caused, as eBay likes to say “a leveling of the playing field.”

The general effect of this, at least in our area of interest, has been the lowering of prices of average-to mid-range collectible items. Many radios with $50.00 book values routinely fetch only $25.00 or less on eBay today. But this is not always the case. Radios with a book value of $50.00 often sell for $100.00 or more now, and so on. In other words, it’s a crap shoot.

Even big ticket stuff is hard to judge. Our online marketplace is becoming very schizophrenic. Radios with a book value of $600.00 sometimes sell for $6,000.00. The next week another identical or nicer example will sell for below book value.

In other words, price guides are no longer very helpful for price setting, but they are still fun to own and important historical records. While they are all out of print, you should get your hands on one of each. You can find them on eBay, of course, and at Amazon and elsewhere. See the Bibliography for recommendations.

Today, radio prices on eBay prices are set by the handful of bidders who find an item and bid within the three-to-ten-day auction period. A popular collectible auction page might get about 1,000 or more visitors, and multiple bids from between five and ten serious bidders.

Here is something vitally important to understand if you want to consistently win eBay auctions. It's called proxy bidding.

Contrary to what many people think, the final price of an item on eBay is actually determined by the second-to-last bidder, not the highest bidder.

This is because eBay automatically places an incremental proxy bid for each bidder, including the last bidder. That final bid is not the top dollar amount the winner was willing to pay, it’s just one “bid increment” higher than the second highest bidder. The eBay proxy bidding system uses different bid increments for different current price levels. Take a look at this chart:

There’s a downside to this as well, and it is equally important to understand. Have you ever wondered why you lost an auction even though you bid more than the winning bidder? It’s because your bid was not at least one bid increment more than the current high bid at the time the auction ended.

Take a look at that table again. If the high bid was $999.99 when you placed a bid of $1,005.00 eBay’s proxy system would not honor that bid from you since it was not at least one bid increment ($10.00 in this example) higher than the current high bid.

If you use sniping tools that bid for you automatically in the last few seconds of an auction, there is something you should know.

Never enter any more than you absolutely want to spend when you set up a snipe!

Along comes another bidder and, thinking the same thing S/he enters $200 as the snipe amount.

BAM! The auction ends and you win for -- anyone? Yup. $205.00. Ouch. That second bidder set the price and you won for that price plus the automatic bid increment.

And eBay takes a dim view of folks retracting bids (canceling purchases.) Expect your feedback to take a hit as well. 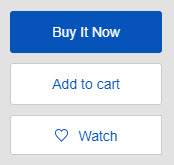 Buy it Now eBay listings need to be mentioned as well. (You will often see this feature abbreviated BIN.) Savvy buyers cruise eBay looking for attractive BIN prices. Sometimes low Buy it Now prices are offered because the seller is clueless. Sometimes sellers are in a hurry for some quick cash. Or, the seller might know there is something wrong with the item.

The old adage that “if it looks too good to be true it isn’t true” is often, but not always right on eBay. If you find an excellent Buy it Now opportunity, pounce on it.

There are multiple “flavors” and variations of eBay’s BIN feature, and you need to understand the ramifications. Plain Buy it Now auctions are just that. The seller sets a price and runs the listing for between one and ten-days. If someone buys it it’s gone.

A variation on this is a relatively new, optional “Best Offer” feature where would-be buyers can offer something less than the BIN asking price and the seller can accept the offer or not.

Sometimes auctions have Buy it Now options. You can pounce, or wait and risk losing it to someone else who chooses to buy it now.

Here are some more tips that can help you add to your collection with eBay’s help: